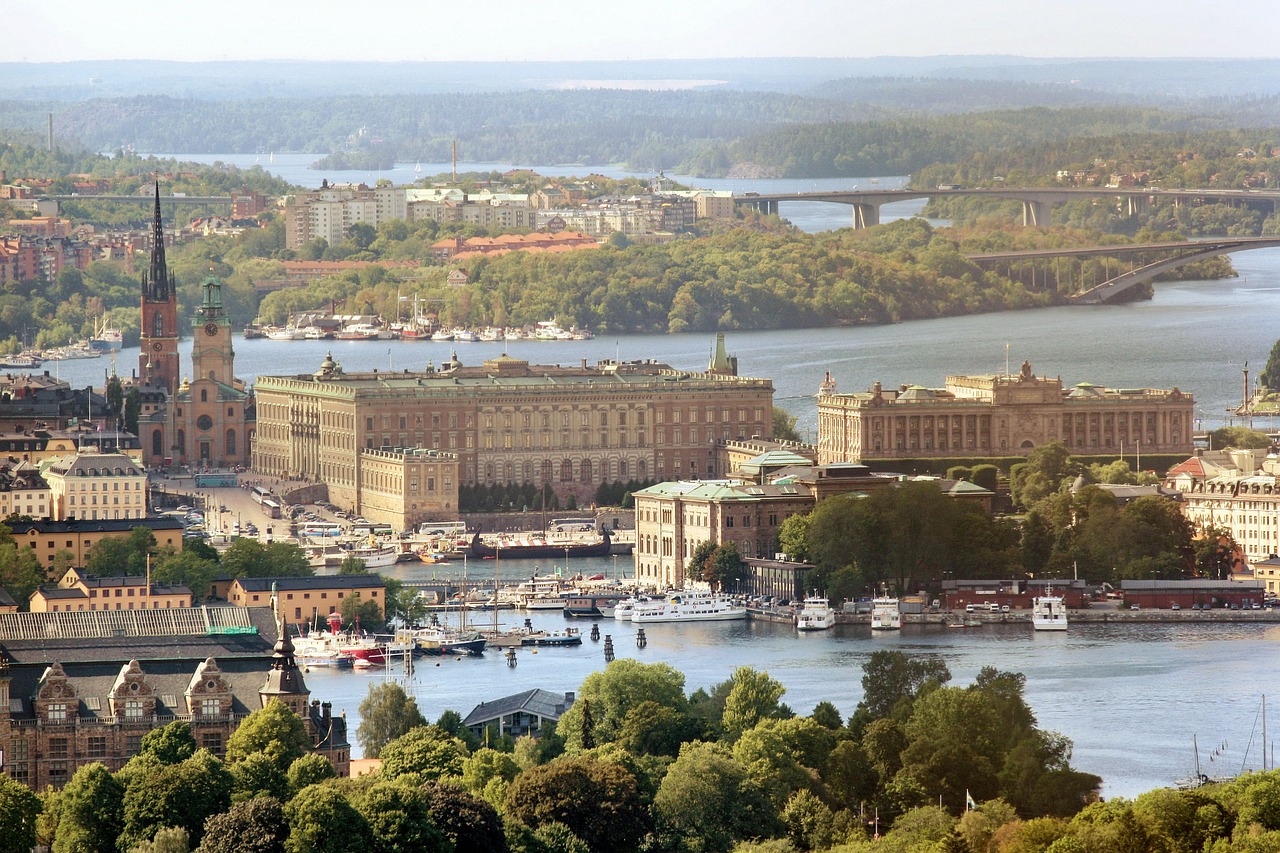 Your dreams to work and travel the world may not be as impossible as you think.

Have you ever wondered what it would be like to build your career from another continent?

Hayley Sheppard is doing exactly that. She’s currently residing in Sweden, where she is completing an internship at a middle school.

But she didn’t always know she’d end up here.

Her path began while pursuing her degree at the University of Guelph, when she found herself in a situation that should be familiar to a lot of millennials: realizing her program just wasn’t right for her.

“Second year kicked my ass really hard academically,” she says in a Skype interview with The Reply. “In high school, I found the grades came easily. In university, first year felt a lot like high school. But second year was totally new. I didn’t have the effective study skills to do the work.”

She says this was her wake up call. She was facing a crossroads.

“You need to decide: are you going to hit the pavement, or go in a different direction?”

So she began thinking seriously about switching programs. After doing some research and speaking to the academic counselor, she chose to push forward. She ended up graduating after three years with a BA in biological science.

I wasn’t even getting considered because I didn’t have the education.

“I’m glad I pursued it rather than dropping out,” she says, reflecting on her decision to stay. Although it’s a general degree, her education has still helped her in employment situations. At the same time, she knew it wouldn’t be enough.

Here’s Hayley at the viking ruins in a Swedish town called Sigtuna.

Volunteering to Get Ahead

Perhaps even more valuable to Sheppard’s career than obtaining her actual degree was her volunteering experience. “I started volunteering a lot while I was at school, and I built strong connections in Guelph in social services,” she says.

Eventually, this led to being hired for a paid position at Lutherwood, a not-for-profit organization that provides mental health, employment, housing and family support services to people in Ontario’s Waterloo Region. “I was really lucky to find Lutherwood, because they were valuing work experience over education,” she says. “In [Waterloo Region], that was a rarity. A lot of jobs I was applying for, I assume I wasn’t even getting considered because I didn’t have the education.”

Hayley has been working at Lutherwood since 2011. In September, 2012, she enrolled in an online program at the University of Manitoba part-time, and she began working towards her Bachelor of Social Work.

As part of the program, students have to do a field placement, which requires a certain number of hours worked at a placement somewhere other than their current place of employment.

I had been planning financially for almost a year

So Hayley decided to take a leave of absence from Lutherwood, and temporarily move her life to Sweden.

Hayley taking a dip in a frozen lake, right after a sauna (a common Swedish tradition).

She notes that the whole process ended up being much easier than she thought it would be. One of her childhood friends is a teacher in Sweden, and after some discussion she ended up getting a placement at the same school.

But that’s not to say there wasn’t a lot of planning involved – especially financially.

Her internship is unpaid, but she explains Sweden has something called a “Young Person’s Visa,” which allows international workers under the age of 30 to apply to work in Sweden for one year. The Visa allows her to study and complete her internship, but she can also take on the odd paid gig on the side.

It’s a really appealing option for those looking to travel while completing their schooling and still covering expenses beyond their tuition, which Sheppard pays for with her student loan.

Building a Life in a New Continent

Sheppard says she always wanted to travel. She watched her friends take time off to travel after completing their four-year programs at university, whereas she went right from school to working full-time. Making the move to Sweden, she felt like it was finally her turn.

“I love it. It’s been a really good experience. As a social worker it’s been really cool because the programs they have here and the way they do service delivery is really different and I’m learning a lot,” she says.

“They lean more in the direction of socialism, so the way they do things – like welfare and child protection and mental health – is completely different than the way we do it in Canada, and in my opinion, more effective.”

Still, there is the language barrier – which is more challenging than she had anticipated. The first language in Sweden is Swedish, but it’s also the only country where the Swedish language is used. For this reason, the country places a high priority on teaching kids English so that students have the opportunity to explore life and work beyond Swedish boundaries.

I think it gives me a new perspective that not everyone would have if they hadn’t travelled internationally.

The middle school where Sheppard teaches starts at grade four, and prior to coming there, the children would have attended a Swedish-speaking school. Because of this, she’s had to learn to speak “more plainly” in English when communicating to the younger kids, and even some parents, a skill she thinks will come in handy when she returns to Canada.

Overcoming a language barrier is only one of many benefits she believes her intern experience in Sweden has presented for her future career. She thinks her international experience will stand out on her resume: “I think it gives me a new perspective that not everyone would have if they hadn’t travelled internationally.”

Taking advantage of the opportunity to travel, here’s Hayley at a souk in Dubai.

But the experience has also been rewarding from a personal standpoint. She’s particularly fascinated by Sweden’s approach to work-life balance.

“I’ve found working in social services back in Ontario to be really stressful. A lot of time, you’re working at a ridiculously fast pace and it’s difficult to stop and take a breath,” she says.

Don’t underestimate the value of internships and volunteering

But in Sweden, they prioritize taking breaks throughout the day. And as a result, Sheppard is finding it easier to maintain her workload and avoid burn out.

She realizes that when she returns to work in Canada, she’ll have to make some adjustments. But internally, she’ll be able to ask herself: “Do I really need to feel stressed about this? Or can it wait and I can prioritize?”

Sheppard shares her advice for fellow millennials looking to make a change in their life or career: “Don’t underestimate the value of internships and volunteering,” she says. “In my experience, that has been really effective in getting me paid employment.”

And if you’re looking for a way to travel at the same time, her advice is simple: don’t be afraid to ask.

“I remember when I was telling people [about the internship opportunity], they were in complete shock I was doing this,” she says. “But it was so simple to come here. It took me asking two questions.”

“People limit themselves by not asking the question. Don’t limit yourself; don’t assume what’s not possible. Worst case is, they say no, and you go a different route.”