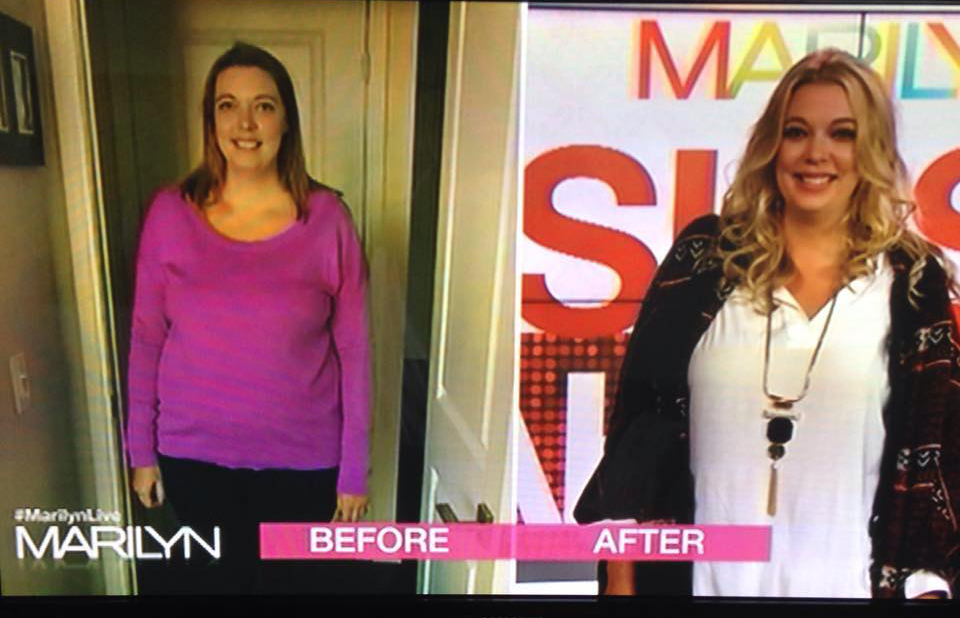 It’s not everyday you win a makeover on the Marilyn Dennis show. How one lucky experience launched a transformational journey in both body and spirit.

It all started with a picture.

For several years I had been the one at events being in control of the camera and taking pictures.  As the photographer, I was able to control what appeared on Facebook and could hide my body. This also meant that I could try to hide my weight gain of fifty-four pounds over the past three years.

The problem was that during one summer weekend in at a cottage in 2015, I wasn’t the only photographer.

“Smile Sarah” said my sister as she snapped my picture.

Little did my sister know that I had spent three years being very careful about how I appeared in pictures. The entire time I had successfully avoided any photos being shown or printed of my body.

Quickly, I used my arms to try to cover my body and forced a fake smile on my face while she took the photograph. 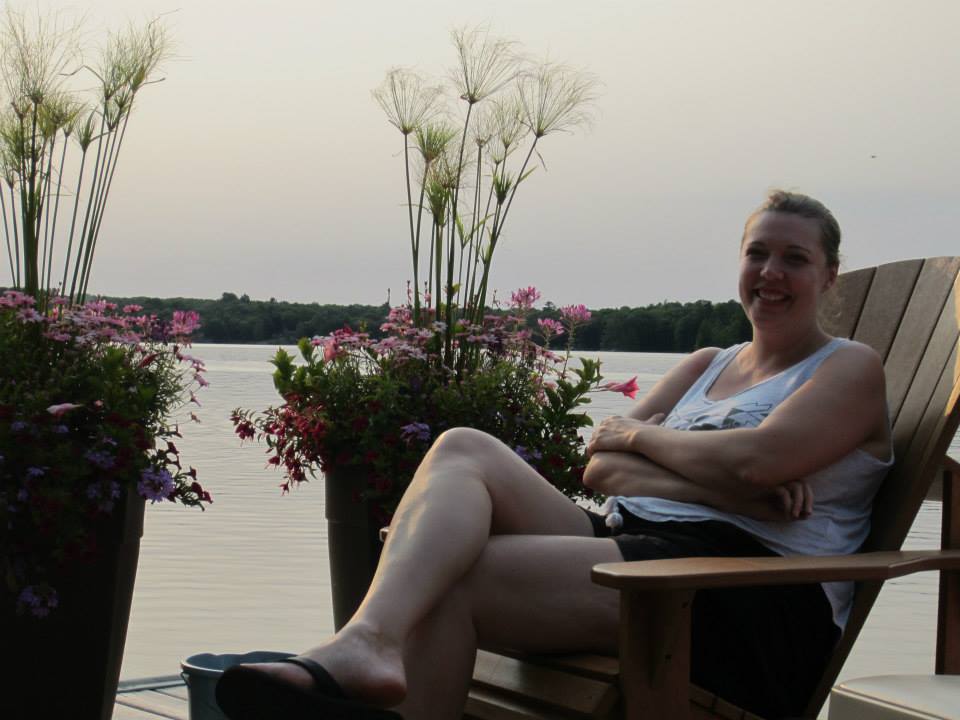 “Quickly, I used my arms to try to cover my body and forced a fake smile on my face while she took the photograph.”

A week after the cottage, I was tagged in the picture on Facebook and I cringed when I saw it. I couldn’t avoid the truth anymore.  The picture before me showed a woman who seemed so unhappy, empty, and unhealthy.

My Unhealthy Relationship With Food

For three years and through a very difficult time, food had been my best friend – it would always be there for me and could always make me feel moments of happiness. After dinner it wasn’t uncommon for me to consume a pint of ice-cream, a chocolate bar, and a family sized package of candies.  If I ate quickly, I could avoid feelings of being full. In those moments when food entered my mouth it would give me a couple of seconds where feelings of loneliness, ugliness and worthlessness could disappear.

After looking at the picture of me at the cottage, I started searching for a variety of weight loss tips on Google, using phrases like “cost of a personal trainer,” “cost of a nutritionist,” “best weight loss program” and “binge eating.” I was completely stuck and didn’t know where to turn.

In July 2015, the Marilyn Denis Show was on in the background while I was searching a variety of articles to help with weight loss. Marilyn Denis was doing a health segment and I came up with a brilliant idea – I could write to the Marilyn Denis Show. I thought maybe they could help me with a nutritionist and/or a trainer to help me achieve my health and fitness goals. Through my email I explained that after a few rough years, food became my addiction and that I needed help.

“You wrote the Marilyn Denis show?” my friends asked when I told them. Most friends tried to be supportive but also tried to make sure I was realistic about writing to a television show. Almost all of them said “I’m sure the show gets a thousand emails so you probably won’t hear back from them.”

I waited to hear back from the show but by the month of September, it had become apparent that my weight loss journey would have to start with me and that’s when I walked into Weight Watchers.

Trying to lose weight was challenging because it was so hard to give up my food addiction. However, within five weeks of being on the program and by late October, I had lost five pounds and even created a blog, “52 by 52.”

My blog helped to provide me with an outlet to express the roller coaster of emotions that comes with trying to lose weight.  It also held me accountable to my readers and to myself stating my goal of losing 52 pounds in 52 weeks.

Then something remarkable happened.

On October 27, 2015 I received an email from the Marilyn Denis Show asking if I wanted a head-to-toe makeover. When I got the email, I just stared at it in disbelief.  It was somehow as if they knew that what I needed right then was not a nutritionist or a trainer. Instead, I needed a confidence boost.

“I feel beautiful again” I said and couldn’t stop crying tears of joy.

For so long I’d been hiding and was just waiting to get to my ideal size before I would start to buy new clothes. However, I was making progress now and wanted and deserved to feel beautiful while on my health journey.

On November 6, 2015, I appeared on a live taping of the Marilyn Denis Show and it was, honestly, one of the best moments of my life. Instead of hiding and covering up my body, I exposed my body and exposed my food addiction issues to all of her viewers.

After the makeover, Marilyn Denis asked me how I felt.

“I feel beautiful again” I said and couldn’t stop crying tears of joy.

After being on the show, so many family and friends reached out and shared their love and support for me. This helped me to take myself seriously and to continue to commit to losing weight. Altogether now I’ve lost 12 pounds and I’m completely determined to lose the remaining 40 pounds. The task seems arduous but I’ve resolved to take it as a process and each week my goal is to lose a pound.

Is it hard? The word “difficult” does not even begin to explain the whole process because I’m changing my addictive behaviours and replacing them with healthy behaviours. Some days I want to quit but over time, the way I’ve been seeing food is completely different.

When I get ready in the morning I no longer try to avoid the mirror. I’ve bought myself some new makeup and have even started to add new clothes to my closet.

These days when the camera comes out, I smile, but this time the smile isn’t fake.  I’m really starting to feel happy again. Before, if a hundred people were to tell me I was beautiful I wouldn’t have believed it. But now, I don’t need others to make me feel good because I’m finally starting to believe I’m beautiful myself.